Home / World / Putin wants to work together against terror 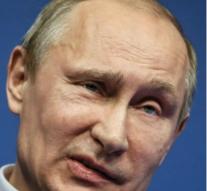 moscow - The world must work together to combat terrorism. That said Russian President Vladimir Putin in response to the hostage crisis in a hotel in Mali, where 19 people died. Among them were six Russians.

Putin has sent a condolence telegram to the Malian president Ibrahim Boubacar Keïta. Who, after the hostage crisis in the capital Bamako for ten days, a state of emergency. The two perpetrators of the attack also died. An al- Qaeda-linked group claims to have been behind it.

Russia was itself the target of terror when a Russian passenger plane from Sharm al Sheikh in Egypt was blown over the Sinai. The attack was claimed by IS.