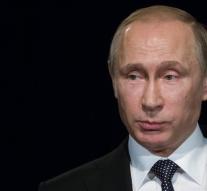 moscow - Russian President Vladimir Putin has extended the ban on food imports from the West on Wednesday. Until the end of next year there will be no food from the 28 EU countries and some other Western nations over the border.

The Kremlin took the measure in 2014 in response to the sanctions that hit Western countries because of Russia's role in the Ukraine crisis.