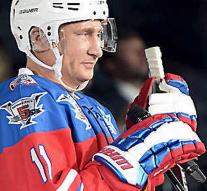 ankara - President Vladimir Putin of Russia has transferred his condolences to Turkish Prime Minister Recep Tayyip Erdogan after the bombing in Ankara Saturday . In a message , Putin writes that he hopes that "the perpetrators of this cynical crime will be punished ."

Putin also said that Russia is prepared to work closely with Turkey in the fight against terrorisme. The German Minister Frank Walter Steinmeier of Foreign Affairs called the bombing a attack on the democratic process in Turkey, which I sharply condemn. According to Steinmeier, it is clear that the perpetrators try to create an atmosphere of fear by sowing hatred and divide the people in the run up to the elections in the attack Saturday november. Door least thirty people were killed and 126 others were injured.