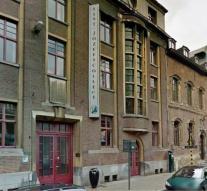 aalst - A study trip to Greece of a Belgian 'elite school' is so out of control that four students are promptly put back on the plane. The students would include have pissed the bed of an autistic classmate.

It is about six-year students from the St. Joseph College in Aalst, reports the Nieuwsblad. The director of the school says in a response to the newspaper that there is no pest behavior, but it is a 'hands-on student-joking joke.' '

Already on the third night of the two-week trip went wrong: 'During a wild evening the four destroyed a toilet, a window was shattered and they bullied an autistic classmate. There was even urinated in the bed of another student, 'say parents to Het Laatste Nieuws.

According to the headmaster of the boys were not drunk and there was no question of bullying. 'This autistic boy is a friend of theirs and they also take care of the boy. He also has not filed a complaint and was not in bed tour was urinated on. It was a runaway student-joke. '

Still, he decided to return four. 'They had not drunk, even for me even worse. 'According to the director, it is possible that there was peer pressure. 'Have we as students do not all commit stupidities?' The students are not further penalized.

The conscious college has a prestigious name. Among former students are the famous priest Daens and former premier Jean-Luc Dehaene.