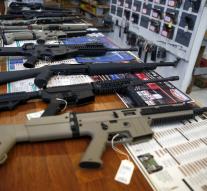 - Photos of primary school children left behind (unloaded) automatic rifles lie like they do target practice , have caused outrage in France . The Ministry of Defence takes disciplinary action , as announced on Thursday .

The incident took place during an information day of the army with children from a school in the village Flastroff in eastern France . Reservists let the children a look behind the scenes but it went a little too fanatical to work. At pictures on the internet to see how the children are next to each other behind the automatic weapons .

The army, which is doing an internal investigation , it stated & quot ; over-enthusiasm & quot; to deplore the reservists , according to French media Thursday . The mayor of Flastroff found it very less. According to him, was organized around the same two years ago and when there is no cock crowed .