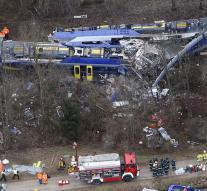 - A controller of the German Railways is responsible for the train collision in the Bavarian Bad Aibling that killed twelve people died on February 9. The court in Traunstein Monday sentenced him to 3.5 years in prison.

The collision of two trains on the single track on the line between Holzkirchen and Rosenheim also got another ninety people injured.

The forty-controller known during the trial that he was distracted by playing the game Dungeon Hunter5 on his phone. The requirements of his employer German Federal Railroad prohibit the use of smartphones during a service explicitly.

Against the man had demanded four years in prison.