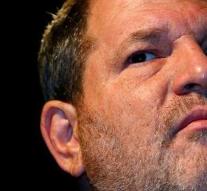 new york - The three journalists who brought the sex scandal around film producer Harvey Weinstein to light with reports in The New York Times and The New Yorker have won a Pulitzer Prize. This was announced on Monday by the jury of Columbia University in New York.

Jodi Kantor, Megan Twohey and Ronan Farrow stood in October 2017 at the cradle of the # MeToo movement of victims of sexual violence.

The New York Times and The Washington Post received a Pulitzer Prize for their report of the investigation into Russian involvement in the 2016 US presidential election.

The Pulitzer Prize is the most important American prize for journalism, literature, theater and music. The award has been awarded since 1917. Joseph Pulitzer, an American newspaper magnate, set the price.