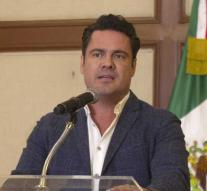 mexico city - A riot around a mobile mortuary has cost the head of two senior officials in Mexico. The authorities have announced that the highest prosecutor in the state of Jalisco has been dismissed. Earlier, the head of the forensic institute also had to clear the field.

The noise revolves around the storage of 273 bodies in a refrigerated truck. It was parked in the neighborhood of houses, where residents complained about odor nuisance. There would also be dozens of bodies found in a second truck. Mortuaries in the state have great difficulty finding room for all mortal remains due to the large number of murders.

Governor Aristotle Sandoval promised at a press conference that all bodies were properly stored by 15 October at the latest. He denounced the 'indifference' of the responsible employees.

The head of the forensic institute has in turn complained that he is being used as a scapegoat. His service would not be responsible for the storage of bodies. Moreover, it would have been known for two years that more space needs to be found.