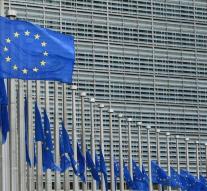 brussels - The European Commission should not only mention the names of experts who provide scientific opinions, but also their links with industry. Brussels must demonstrate depth of complaints that researchers are independent and not influenced by industrial interests.

Which ruled the European Ombudsman. Everyone should be able to check whether there is any conflict of interest, says Emily O'Reilly.

The advice comes from a case that was raised by Testbiotech, a German institute that maps the risks of biotechnology. According to the organization was on a research project funded by the EU to the risks of genetically engineered plants case of suspected links with industry. Formally, the European Commission had violated no rules, the Ombudsman concluded.