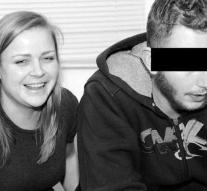 valletta - The trial against Jelle R., who is suspected of the murder of his compatriot Shannon Mak, will be continued on Tuesday on the island of Malta.

At this stage of the trial, the evidence against the 22-year-old man from Sneek, the ex-boyfriend of Mak, is collected. He is still in custody in the infamous Paola prison. If the long, heavily tattooed Frisian is convicted, he can get between 20 and 35 years.

Jelle R. would have gone to his house with his ex-girlfriend at the end of last month after a company party. There they got into a fight, after which the 30-year-old woman left. R. chased her and then stared at her with a kitchen knife, the vision of the public prosecutor stated earlier.

The body of the Monnickendam was found a few hours later by a local resident between two cars. In spite of camera images, R. has for the time being denied having anything to do with her death.