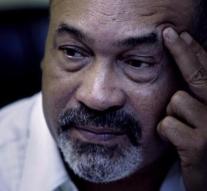 - The trial of the December murders, in which the Surinamese president, Desi Bouterse's chief suspect, is continued. This is evidenced by the judgment of the Court of Justice, the supreme court in Suriname.

The court was put to trial in the criminal proceedings because the Public Prosecutor (OM) had appealed for the purpose of stopping the process. The court declared the appeal from the OM inadmissible.

Fifteen opponents of the regime of former army leader Desi Bouterse were tortured and murdered in Fort Zeelandia in December 1982. The perpetrators are never convicted. The case is very sensitive in Suriname.