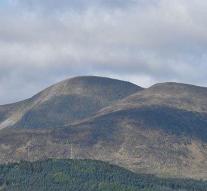 london - British emergency services have been massacred on Wednesday to the mountains in Northern Ireland where tens of teens have been hit by bad weather. It is about the Mourn Mountains where there are certainly forty but possibly seventy young people between the twelve and seventeen.

Some of the younger ones suffer from undercooling, others were injured on the legs. The teens came into trouble while camping on the mountain, reported the BBC.

The ambulance service, who first helped, alerted the Coast Guard because more help was needed. Meanwhile, three rescue helicopters have been to the place and also a team of rescue services.