Home / World / Probably not yet US ambassador in Cuba 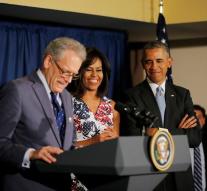 - It is highly unlikely that this year will be appointed an ambassador to Cuba. That says Bob Corker, the Republican chairman of the US Senate Committee on Foreign Affairs, which deals with the appointment. Wednesday was carrying President Barack Obama diplomat Jeffrey DeLaurentis for the first US ambassador to Cuba, after more than half a century of diplomatic absence.

According to the chairman, the committee is informed of the appointment, but there are no official papers submitted, which could start the process of appointing.

DeLaurentis already in charge of the last year reopened embassy in Havana, but to officially appoint him ambassador Obama has approval from the mostly Republican Senate. And they are not so keen on close ties between the US and Cuba.