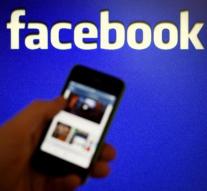 - A number of Dutch human rights organizations including Bits of Freedom and Privacy First, Facebook boss Mark Zuckerberg in a letter asked to come up with a solution to protect European personal data.

If this solution is not after January 15 2016, the organization threatened to sue a lawsuit demanding that Facebook immediately stop the transfer of personal data to the US This includes all services of Facebook, including WhatsApp and Instagram.The European Court of Justice ruled on 6 October, the data transfer of European data to the USA by American companies should not because privacy rules in the States are not consistent with the European. The elimination of the Safe Harbour agreement should major American Internet companies like Facebook, Google and Microsoft are going to make independent arrangements with European regulators.The Court of Justice ruled that the legislation fails in the US because it does not offer protection comparable to that in the EU. Thus the NSA has access to Facebook content from users within the EU without having some legal protection.Facebook is after the statement continued with the transfer of personal data from the EU to the US Bas Filippini Privacy First: " In the absence of adequate protection in the US, transfers in violation of EU privacy law. That is a violation of the privacy of millions of users. "
NEW