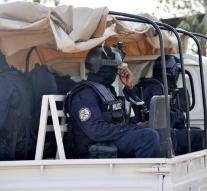 bamako/paris - The five terrorists attacking a hotel and resort on the outskirts of Malamian capital Bamako on Sunday have been killed. This confirmed the authorities in Mali on Monday. The jihadists had accomplices of whom one was arrested, according to a Malinese minister.

The assessment has not yet been claimed. At the end of 2015, the North African branch of al-Qaeda and another extremist group claimed responsibility for an attack on a hotel in Bamako, where twenty people were killed.

The five extremists attacked Sunday and killed two guests, a Frenchman and allegedly an Angolan. Eyewitnesses reported that the attackers wanted to kill white guests. At the time of the attack, Malinese militants were accidentally attacked and the terrorists fought. Thus 36 people could be saved, including six Dutchmen.

There were more than ten injured. According to local media, it was a good luck in an accident that the soldiers came into action so quickly and managed to keep the terrorists at bay. The resort consists of scattered holiday homes and attractions and would have been a good place for hostages or murder parties for the terrorists.

The stray Sahelland Mali almost ceased to exist in 2012. A new revolt of Toearegs and a military coup were followed by a rapid rise of groups of jihadists. When the country threatened to walk, France seized France in early 2013. That intervention was transformed into a UN mission (Minusma) later that year.

Since April 2014, the Netherlands has joined the mission with hundreds of soldiers. There are now about 290 soldiers in Mali. Minister Koenders (Foreign Affairs) responded shockingly to the attack at Bamako. He was the leader of the UN mission in Mali in 2013 and 2014.