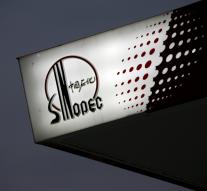 - In China fourteen officials of state energy company Sinopec and the local government have been sentenced to prison terms to five years because of a deadly explosion in 2013. When exploded in the eastern province of Shandong an oil pipeline, with 63 deaths and 156 injuries.

According to the official Xinhua news agency the employees of Sinopec violate safety rules and local officials had failed in disaster management.

The explosion raised questions about the security situation in this type of infrastructure works in the Asian country. In August, found in a series of explosions in the port area of ​​the city of Tianjin, 160 people were killed.