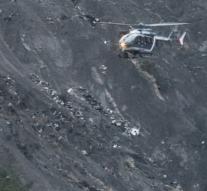 cologne - A German woman who passed himself off as grieving kin flew twice to the South of France, one time with her two children and stayed there at an excellent hotel. travel for 16,000 euros and subsistence turned the German airline Germanwings on.

The 35-year-old woman enjoyed herself well on the Mediterranean. But the suffering did not exist at all. She had wrongly issued as a niece of a victim of the plane crash in the French Alps, where in March 2015 150 passengers and crew of the Airbus 320 died. The co-pilot left the device crash deliberately.

The court in Cologne ordered the woman Wednesday to one year suspended prison sentence.