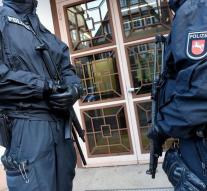 celle - A teenager the terrorist organization Islamic State in the Hanover station admired and last year stabbed a policeman, was sentenced Thursday in Celle to six years in prison. The now sixteen year old student Safia S. has expressed regret in a letter to the extremely serious injured agent.

According to prosecutors the attack with a knife was the first of its kind in Germany, because Safia S. as jihadiste would have been ordered to commit the crime of the terrorist movement. She was shortly before the stabbing, in January 2016, in Istanbul, where she wanted to travel to Syria and was in contact with jihadists. Her itinerary was then thwarted by the actions of her mother, German media reported.