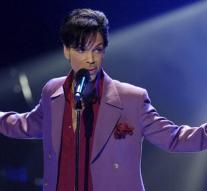 - The relatives of Prince took legal action against music streaming service Tidal. The music is in accordance with the heirs of the singer wrongly available on the platform Jay Z.

The rapper claims that his company had a contract with the musician which stipulates that exclusive Tidal can stream all music of Prince. According to the administrators of the estate of the singer are, however, only agreed on the release of the album Hit N Run Phase One.

Tidal made last June, nearly all music from the Purple Rain singer available for subscribers. TMZ has their hands out on court papers in which the heirs of Prince Tidal sue for infringement of copyright. They added a list of three pages with songs that the streaming service would not have the rights.

The paper does not require specific amount, but according to TMZ would cost to Tidal 'huge', the prosecutors could be vindicated.