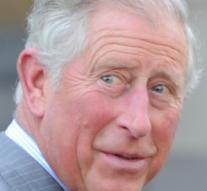 london - Britain's Prince Charles thinks the civil war in Syria partly a consequence of climate change is. He said in an interview with Sky News, which is broadcast Monday night.

Charles has been working for decades to improve the environment and makes an important speech at the climate summit in Paris, which begins next week.

" There is very strong evidence that one of the main reasons for such a drought atrocities in Syria was that lasted five to six years, leaving large numbers of people finally had to leave the country. "

Charles fears that the world is heading for " disasters and chaos " if the climate problems are not addressed compelling. " We have so much to ask of all natural systems and all those aspects of nature that we take for granted. "