Home / World / Prime Minister of Montenegro has no majority 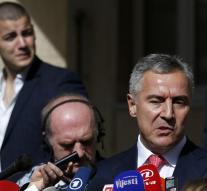 - The Socialist Party DPS Prime Minister Milo Djukanovic has won the parliamentary elections in Montenegro. However, the party has not obtained an absolute majority, making a coalition Djukanovc need to follow up his 24 years at the center of power.

The results indicate that it is difficult for the DPS to form a government. Djukanovic reigns with short breaks for 24 years in Montenegro or as prime minister or president. Critics accuse him of having used his position for personal enrichment. These elections were largely about the corruption allegations.