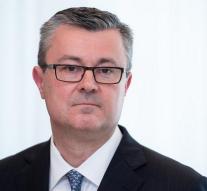 In a vote were 125 of the 151 MPs for the resignation of Oreskovic which only five months was in charge of the government.

The resignation of Oreskovic was initiated by the crisis that was caused by accusations of corruption against one of two deputy prime ministers, Tomislav Kara Marko. The largest government party HDZ decided to pull the plug on the government and received support from the opposition.


The big question is how now is to create a new government. HDZ has four weeks, the time to form it.