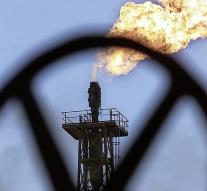 - The oil price fell by more than 2% on Tuesday after five days of increase. The oil price was pushed by reports of higher OPEC production in July.

The major suppliers do not limit their outflow, unlike agreements of the oil cartel of nations collected in OPEC.

Furthermore, a report from the US oil and gas regulator reported that oil production in the US increased by 59,000 barrels a day in May.

The number of US oil drilling units in operation has reached the highest level since April 2015.