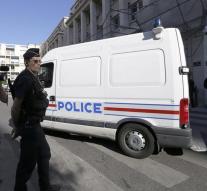 - After the attack on July 14 in the southern French city of Nice are preventing more attacks on the French Riviera. That says prosecutor Jean-Michel Prêtre in a documentary to be aired Wednesday on France 3. The station gave a summary Tuesday already on the website.

Prêtre said that it was planning attacks on sports events, schools and religious places. Several cases have been transferred to the special prosecutor for terrorism cases in Paris.

A Tunisian drove on the French national holiday in Nice with a truck by a mob before he was shot dead by police. The attack took to 86 lives. Earlier this month said the authorities had detained more suspects in the investigation into the attack.