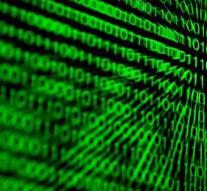 prague - The President of the Czech Republic has been mixed in the tug of war for a Russian hacker. Yevgeny Nikoelin is stuck in the Czech Republic and both Russia and the US have asked for his extradition. The pro-Russian president in Prague, Milos Zeman, wants him to go to Russia. With that he is diametrically opposed to his prime minister.

Nikoelin (29) was arrested in October 2016 for an American arrest warrant. He is suspected of breaking into platforms such as LinkedIn and Dropbox. He would have captured the personal data of many millions of users. After his arrest, Russia also asked for his extradition, but for a much lighter offense. A Czech judge ruled that he could go to both countries and that it was up to the Minister of Justice to cut the knot.

'This year there have been two meetings where the president has asked me not to hand him over to the United States but to Russia,' said the Minister of Justice, Robert Pelikan, against the Czech newsweek Respekt. Prime Minister Andrej Babis wants Nikoelin to be extradited to the US.

The United States has several requests to get Russian cyber criminals extradited. For example, Peter Levashov was recently taken by Spain on the plane to the US and Alexander Vinnik is about to be extradited by Greece. Roman Seleznev was arrested in the Maldives and he is now serving in the US a prison sentence of 27 years.