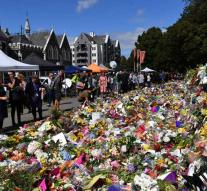 wellington - The New Zealand prime minister refuses to pronounce the name of the main suspect of the attack on two mosques. Jacinda Ardern told parliament that the perpetrator is after infamous and that...

Last Friday's shootings cost the lives of at least 50 people. Dozens were also injured. The authorities have arrested the alleged shooter. This is a 28-year-old Australian, Brenton Tarrant. Adern called on people to speak the names of the victims, not those of the perpetrator.

Adern: 'He may have been after infamous, but we will not give him anything here in New Zealand. Not even his name. '