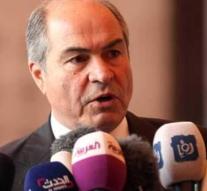 The prime minister's position came under pressure from days of protests in the country. Thousands of demonstrators made clear their dissatisfaction with austerity measures, such as tax increases and the scrapping of a subsidy on bread. The police said that at least 42 members of the security forces were injured during the riots. Dozens of protesters have been arrested.

The king has asked Omar al-Razzaz to exchange his post as Minister of Education for the premiership.