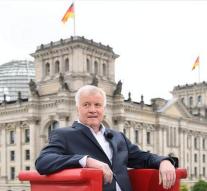 - The Prime Minister Horst Seehofer of the German state of Bavaria is,, deeply shocked 'by the shooting in Munich Friday night which nine people died. He says in a statement distributed Saturday.

Seehofer speaks of a,, cruel and inhuman act 'to him,, with sadness and horror' holds.,, Without security there is no freedom, 'said Seehofer. The government of the state will consider Saturday on the impact of the shooting.

An eighteen year old German Iranian shot into the Olympic Einkaufzentrum in the Bavarian capital around him and killed nine people. Probably he subsequently committed suicide. The police assume that he acted alone.