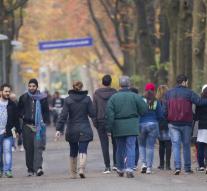 - A 21 year old pregnant Somali asylum seeker is on the street in the German town of Bad Belzig (Brandenburg) by unknown thrown to the ground and kicked. The German police are investigating whether there are racist motives behind the incident.

The victim was hospitalized. Nothing is known about her condition.

According to police, was eight months pregnant wife on the way back from the grocery store when she was attacked near a migrant shelter. The attackers pulled a sack of potatoes which she wore on her head and she fell. Then they kicked the Somalia several times. The offenders then ran away.