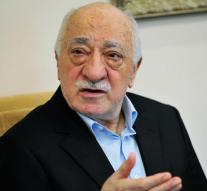 - Millions of Turks see him as a CIA puppet Erdogan will drop. However, according to his supporters, he is an enlightened man who wants to modernize Islam. Who wants to understand Turkey can not ignore the mysterious Muslim preacher Fethullah Gulen.

Everyone agreed that few people have so much power in the Islamic world as he did. The US magazine TIME named him in 2013 one of the most influential people in the world.

But he is several years in a hard battle with Erdogan, his former ally.


Gülen was born in 1941 in the eastern Turkish province of Erzurum. Izmir he was imam, he wrote many books and traveled through the country. His sermons attracted masses of believers. Gülen expressed his anti-communist, conservative in morals and in favor of the free market economy. There was opposition.

The Muslim preacher was passed in 1997 for medical treatment to the US and decided to remain in exile.

From his tightly guarded villa in Pennsylvania, he built an unrivaled empire. The Gülen movement grew rapidly. She has hundreds of schools, universities, institutions and media all over the world.


They infiltrated, when Erdogan came to power, the top fro the Turkish police and judiciary. As long eze secular Turkish soldiers, journalists and academics tackled was Prime Minister Erdogan's fine. But a breach occurred over the head of the intelligence service MIT Hakan Fidan, who committed secret agreement on behalf of the PKK Erdogan for peace talks but was arrested by prosecutors of the Gülen movement. Gülen was in contrast to Erdogan that the flotilla Mavi Marmara never had to sail to the Gaza Strip. Ten Turks died there when the boat was boarded by Israeli commandos.

When corruption scandals broke out in December 2013, Erdogan pointed angrily at Gülen. Which was previously accused in 2013 of being behind the large-scale protests for Gezi Park. The arms for jihadists in Syria by the Turkish secret service would be brought by the Gülen movement to light. Erdogan said the Gülen movement first long been a parallel state, but later FTO, a terrorist organization.