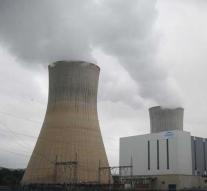 rotterdam - Energy company Engie Electrabel is looking for floating power stations that can support the Belgian main electricity grid in the ports of Antwerp, Zeebrugge and Ostend. Such 'electricity ships' are normally anchored at developing countries, but the Belgians now need them to survive the winter.

Engie Electrabel would like to use two floating oil and gas plants that are still located in India and the Dominican Republic, reports business newspaper De Tijd. A Turkish company has also received a call from Belgium, asking whether it can provide a power ship from the Far East.

One problem: connecting the ships to the gas and electricity network, as well as getting around the necessary permits, can take so long that the winter is over before the ships can do their work.

The Belgians have been struggling for years with major nuclear power plants that normally generate electricity. Of the six reactors in the power stations of Doel (near Zeeland) and Tihange (between Namur and Liège), only one currently works. With the help of gas-fired power stations and imports- via the Netherlands- of German electricity, it must be prevented that the Belgians will actually be in the dark and in the cold this winter.