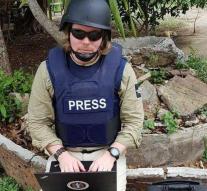 oslo - The police in Norway have found a tent in the area where the missing Arjen Kamphuis is possible.

According to Hart van Nederland, the Norwegian police said on Thursday morning that they had found an orange tent with stuff in it and that tent would have been there for about three weeks. We are looking for people in the area who may know who the tent is.

Until now, the police do not assume a crime.

Arjen has been without trace since August 20 and worried friends and family have no idea where the Amsterdammer is.

Kamphuis is a well-known cybersecurity specialist who, among other things, is friends with WikiLeaks founder Julian Assange. His disappearance is news at home and abroad.