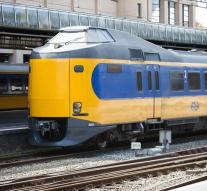 - The NS finds support for an earlier idea of ​​introducing a levy for train passengers. By making tickets more expensive at the busiest times and cheaper in the off-peak hours, outdated trains and lack of seats would be counteracted.

The NS suggested the idea of ​​a peak levy before. After criticism, a think tank was set up to find various alternative solutions for the crowded morning hustle, said De Telegraaf. The group of thirty experts now re-plans the price increase for the mornings, especially between 8 and 9 o'clock, when the problems on the railroad are the greatest by many travelers. The best ideas of the think tank will be tested in practice.

In the autumn the NS catches the button.