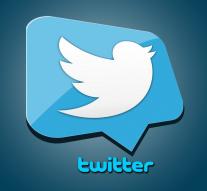 - Online messaging service Twitter may have been the target of a hacking attack backed by a government. Twitter has alerts sent to particular users that hackers may have had it in for phone numbers, email addresses and IP addresses. This was reported by Financial Times Sunday.

It would be the first time that Twitter warns that the possible victim of a government-backed intrusion. According to Twitter this involves a small group of users and the case is still being investigated.

Often in hacking attacks on government pointed the finger at China or North Korea. The hacker group Syrian Electronic Army, which supports the Syrian government was behind some attacks on online media.