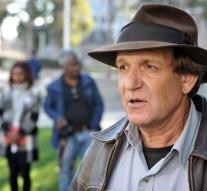 - "New debris, which may come from flight MH370 Malaysia Airlines are found off Madagascar. The pieces are obvious traces of view combustion."

"If the pieces are from the device disappeared in March 2014, it is clear that the device was on fire before it crashed into the sea. Unclear still remains whether the fire is the cause of the crash, or that the fire arose only after things went wrong."