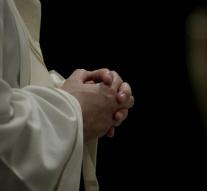 - Use God's name to justify violence, is sacrilege. That said Pope Francis Sunday. "I want to repeat forcefully that the path of violence and hatred not solve human problems," said the pope against thousands of pilgrims who had gathered in St. Peter 's Square for the Vatican.

" Brutality leaves us perplexed, and we wonder how a human heart could be led to commit such atrocious acts ", said Francis over the bloody attacks in Paris. He prayed with those present for the innocent victims who have fallen by the violence.

The prelate described the bombings Saturday in a radio interview all as inhuman.