Home / World / Pope calls for reconciliation of Armenia and Turkey 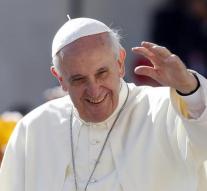 yerevan - A day after the killing of Armenians by Turks labeled as genocide, Pope Francis to reconcile the two countries Saturday called now, a century later. He did that in the Armenian capital Yerevan, where he is visiting.

God bless the future and paves the way for reconciliation between the Armenian and Turkish people as possible, said the prelate in a speech. He also spoke emphatically about peace in the independent enclave of Nagorno-Karabakh, which include borders on Armenia and Armenians which regularly fight armed conflicts.

The visit of the 79-year-old Pope to Armenia ends Sunday.