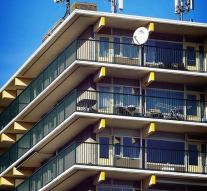 - Poor mobile coverage living costs in some places in the Netherlands, the Foundation warned Monday. 'In certain areas, the range is so bad that sometimes comes too late to help a victim is in danger due to a cardiac arrest.'

That sets the foundation as a result of investigation by the NIS to mobile accessibility in the Netherlands. 'It is crucial that receives every care user instant access to cardiac arrest to 112 central and civilian aid workers can be called up in the neighborhood. The Foundation also urges to telecom providers to rapidly increase mobile coverage and thus save lives. '

To quickly provide assistance, is a national network of civilian aid workers, for example, can resuscitate people before an ambulance is on site. Crucial in cardiac arrest is that starting CPR within six minutes.

NIS examined together with regional broadcasters the satisfaction of people across their range. This showed that there are still dozens of villages where residents experienced many problems with mobile phones.