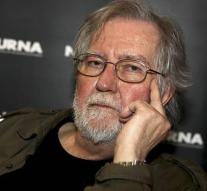 - Director Tobe Hooper passed away at the age of 74. He is especially famous for horror classics like The Texas Chainsaw Massacre and Poltergeist. Hooper died in Sherman Oaks in the US state of California, reports Variety. The cause of death is unknown.

Hooper made Texas Chain Saw Massacre in 1974, a horror movie about a cannibalist family. The character, serial killer Leatherface, is still a horror icon.

In 1982 Steven Spielberg asked for Hooper or he wanted to direct Poltergeist. This film, about a ghost terrorized family, was commercially even more successful than The Texas Chainsaw Massacre and also expanded into a classic in the genre.

Other titles that Hooper directed are Lifeforce and a remake of Invaders from Mars. His last movie Djinn delivered him in 2013.