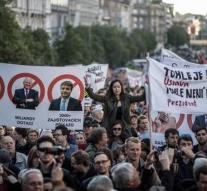 prague - The political crisis in the Czech Republic about the resignation of Finance Minister Andrej Babis continues. Prime Minister Bohuslav Sobotka finished Alena Schillerova on Monday, by the party of Babis as a candidate for his succession last week.

According to Sobotka, Schillerova, now Deputy Minister of Finance, is too close to Babis. The Prime Minister wants to resign from the treacherous businessman and founder of ANO party ANO for doubts about his taxation. Babis denies that something is wrong with it.

Babis claims that Sobotka is blowing up because its social democratic party has been popularly overthrown by the ANO. The resignation of the minister must be approved by President Milos Zeman. It stands on Babis side and has resigned.