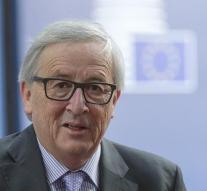 warsaw - President of the Council of Europe Donald Tusk has collaborated with Russian President Vladimir Putin to Poland black after the crash of an airplane. That said, the Polish defense minister Antoni Macierewicz Tuesday. On board the plane was Polish President Lech Kaczynski. He thought, like 95 others, death.

The Ministry of Defence has informed the military branch of the Prosecution that Tusk is suspected of 'abuse of trust in foreign relations. 'Tusk was then Prime Minister of Poland. Macierewicz said Tuesday that Tusk 'illegal meetings' made by Putin, who was not in the interests of Poland. He wants there to Tusk accountable.

Tusk has repeatedly denied even to be somewhat responsible for the crash of the plane in Smolensk. Previous research has already shown that there had been an accident.

The accusations of Tusk is a strong escalation of the conflict between the Polish party Law and Justice (PiS), led by the brother of the deceased president, and the Civic Platform, where Tusk held sway.