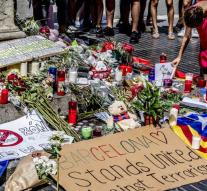 barcelona - The Spanish police are looking for a 40-year-old Moroccan driver of a bus that would want to make an attack in Barcelona around Christmas. As a precaution, extra safety measures are required...

The American authorities have tipped Spain on the preparations for an attack in Barcelona. The Catalan newspaper El Periódico reports that the wanted Moroccan is a jihadist with the name Brahim Lmidi. He would like to make victims by driving his bus on a crowd of people.

In recent weeks, the Spanish authorities have arrested two possible jihadists in the Catalan coastal towns of Salou and Mataró.