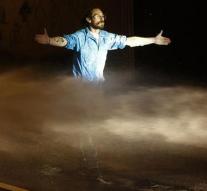 - Police in Brazil on Sunday harshly dispersed a peaceful protest against the ousting of President Dilma Rousseff. Agents put under more tear gas against the demonstrators.

It was the biggest protest since Vice President Michel Temer Wednesday took the place of Rousseff after the latter was dismissed by the Senate. According to the organizers of the demonstration in Sao Paulo there were 50 000 people on the leg.

In other cities, including Rio de Janeiro, said protests against Temer place or smaller.