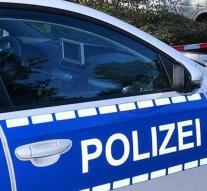 berlin - The police in Berlin suspect a colleague of having spied on members of the Turkish opposition in the German capital for the Turkish secret service. The corps started an investigation against the man, as was announced on Thursday.

It is a policeman in a high rank who has been monitored by the security services for a long time. It would have been mainly him to do addresses of opposition members that he would have handed over to an employee of the Turkish embassy in Berlin.

The police speak of 'serious accusations. '