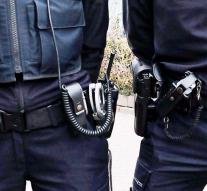 - Turkish police on Sunday used tear gas against hundreds of protesters in Taksim Square in Istanbul. The protesters had come to the square to protest against the operation of the military against the militant Kurdistan Workers' Party (PKK).

According to witnesses chased members of the riot police, the demonstrators in the streets around Taksim Square. In addition, the police were tourists and shoppers have pushed aside. At least two protesters were arrested.

The Turkish army has spent the past five days certainly slain 110 fighters of the PKK. The fighting took place in the southeastern provinces SD1rnak, and DiyarbakD1r Mardin.