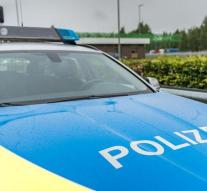 dresden - The German police found by chance a weapon arena in the house of a presumed 'Rijksburger'. These are Germans who do not recognize the Federal Republic as a state and claim that the German Empire still exists.

Agents filed with the 64-year-old man with a detention order for a 35 euro fine fine. Because he refused to pay, he was arrested. In his home more than fifty pistols, revolvers and rifles were found, partly historic, and hundreds of associated bullets.

The suspect, though, had a license but was nevertheless charged with not keeping the weapons and ammunition separately.

A police spokesman said Monday that the picked collector, with his behavior and argumentation, was strongly influenced by the National Citizens' Movement.