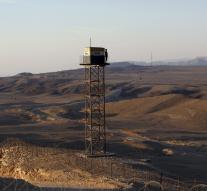 - Egyptian police on Sunday, the lifeless bodies of fifteen African migrants were found in the troubled area in the northern Sinai near the border with Israel. The victims were probably killed, according to Egyptian security sources in Cairo. Who attacked migrants is unclear.

Eight other migrants were wounded in the attack. It is also unclear which countries the migrants originated.