Home / World / Police do not find a bomb in Facebook buildings 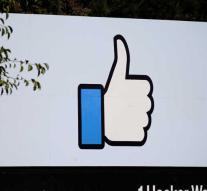 menlo park - The police have not been able to find a bomb in the Facebook buildings in Menlo Park, California after a bomb threat. The buildings have been released again and the employees can go back inside again.

The search for the bomb took a number of hours. Several teams with dogs were looking for. Agents could quickly bring the employees of Facebook and Instagram to safety.

The New York police received a phone call saying that there was a bomb on the campus of Facebook. The local police were immediately called on.