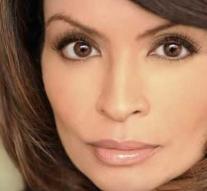 - The police in South Pasadena have called in two investigators to inspect the death of Vanessa Marquez. The ER actress was shot dead by police officers on Thursday after she aimed a 'realistic-looking fake gun' at them.

In a statement, the corps called for this weekend to draw no premature conclusions about the circumstances of the incident. 'We ask the audience to be patient and to wait until there are confirmed facts in the case before they make a judgment. '

Agents visited Marquez on Thursday at the request of her landlord, who was best known for her role as nurse Wendy Goldman in the Er hospital with George Clooney. On the spot, the actress turned out to have seizures and was unable to take care of herself. The police called medical and psychological support staff. After a while, Marquez pulled out the fake weapon and pointed it at the waiting agents. They then fired their own weapons and hit the 49-year-old fatally.