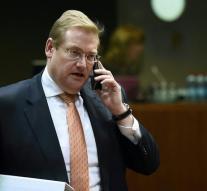 - The police jump still not quite right to personal data and other information for research. This is stated in a letter that Minister Ard van der Steur (Security and Justice) Monday sent to parliament.

Police conforms to the essential points,null, '' not to the Police Data Act, which is described how there should handle personal data. The police are required every four years to carry out an external investigation into the handling of this information. The outcome of the report reveals the minister,null, naturally worry ''.The police demonstrated by not properly dealing with the retention periods for personal data.,null, This is partly because the removal and destruction of data from various police systems is insufficiently supported by the ICT, '' said Van der Steur. Another example is where it goes wrong is the provision of police data, for example mayors and special investigators.There was already taking steps to improve compliance with the law, but additional measures should be taken. This action plan should be ready by March 1, 2016, the minister says.
NEW